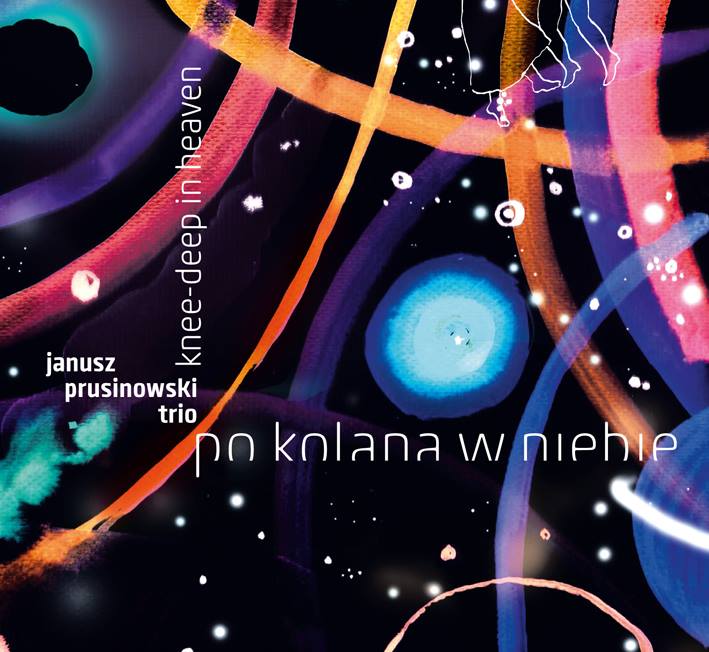 There was I, there was I, knee-deep in heaven,
but it was for you, my dear, that I did return”

There exist many heavens: “the starry heavens above”, “heavenly taste”, “seventh heaven”. There are “sometime-somewhere” heavens and “here-and-now” heavens; and occasionally (quite by chance) you can fall in and find yourself ankle-deep, knee-deep, ear-deep in heaven.
The physical sky – that cherished, nurturing space of light – is high above, overhead, beyond our grasp. Meanwhile, our music is about experiencing heaven through our feet, our legs – about finding ourselves in heaven, thanks, paradoxically, to the gravitational force that usually holds us down.
We need experience in order to communicate. Even to imagine something, we require words and images that represent a sensual, meaningful fact or emotion. Language does not come from nothing. Our family and friends equip us with a complete set of expressions with both literal and figurative meaning. This is how a child learns to speak: mummy, daddy, hug, heaven. Music, dance and poetry link the body with the soul – they unite the visible with the invisible.
And what place does heaven hold in Polish folk music? Setting aside (for the time being) the realm of religious songs (which consist primarily of heaven), we use instrumental music, dances, the scales and tones of different instruments, the lyrics of folk songs. I think the old village masters from whom we received this language, music and poetry know exactly what heaven is.
We also reach for the poetry of Julian Tuwim, Leopold Staff and Rabindranath Tagore. These poets dreamt that their poetry would reach the homes of ordinary people. And, as ordinary people, we dream too. Experiencing heaven in its various forms is one of the substances of poetry.
Can you experience heaven if you do not believe in its existence? It seems to me that the symbolic space of heaven has disappeared from dinner table discussions, from the media, from the public discourse; it has been superseded by notions of “success” and “pleasure”. And because nature abhors a vacuum, the void left by heaven has been replaced with sadness. Those who lack an appetite for life do not know – perhaps because they have not experienced it, or because nobody showed them the way or told them about it – that it is possible to end up knee-deep in heaven.
I hope the tiny, imperfect reflections of heaven contained on this CD will inspire you to take rhythmic steps on the ground and, at the same time, take a bold look to the skies.
Janusz Prusinowski

Of all 10 discs, this was the one that seemed to be paying the most vital and exciting tribute to Poland’s traditional music heritage. Much of it comes from traditional sources: there is one tune taken from Oskar Kolberg’s collection and other tunes learned from old-master musicians like Maria Siwiec, Marian Lipiec, Anna Koperkowa and Kazimierz Meto. The album is like a lesson in the variety of forms a mazurka can take with different speeds and accents. But it’s not just a question of imitating the past, but making a living, danceable sound, rooted in tradition. The JP Trio expands the instrumentation to include flute, clarinet and trumpet with five regular members. The repertoire is expanded too with settings of poetry by Leopold Staff and Rabindranath Tagore. A powerful statement of faith in the strength of Poland’s traditional culture.
Simon Broughton, Songlines

Since their last album, and given a springboard by a successful showcase at Womex 2012, the Prusinowski Trio have been taking their music and dance-leading worldwide, while continuing as energetic prime movers in the burgeoning mazurka enthusiasm in Poland. (…).
Their third CD continues to reflect the melodic and rhythmic variety of mazurek (mazurka), oberek (similar musically to mazurek, but instrumental only, whereas mazureks are usually originally songs). There’s a lot of variety here even between one mazurek and another, and in the album’s well-judged flow the band interpolates other types of song and tune, including polka, lyrical slow melodies and settings of lyrics by Rabindranath Tagore and other poets.
Unlike in some other European traditional revivals that are more disconnected from living tradition, the band have been able to seek out and learn from living old village players and singers (one of the most influential of whom, fiddler Jan Gaca, died in August). But they’re not copyist-preservationists, they’re continuing the tradition with sympathetic bold new approaches, building on the improvisation that’s already within the tradition and using unusual combinations of traditional instruments.
The Trio is actually a quintet: Janusz Prusinowski on fiddle, vocals, Polish accordion and hammered dulcimer; Piotr Piszczatowski on tambourine and baraban drum; Michal Zak on flute, shawm and clarinet; Szczepan Pospieszalski’s trumpet takes the melodies alongside Janusz and Michal; and Piotr Zgorzelski, who’s also the dance teacher/leader on their gigs, underpins with basy and a touch of tenor horn and double bass. The bulk of the singing is by Janusz who, without aping them, has the natural, open-throated edge to his singing that one hears from village singers. One of their key village mentors, Maria Siwiec from the Radomskie region, brings further strength to the album, singing with feisty energy dance songs that lead into the band’s instrumental versions.
Andrew Cronshaw, fRoots Magazine, 2014