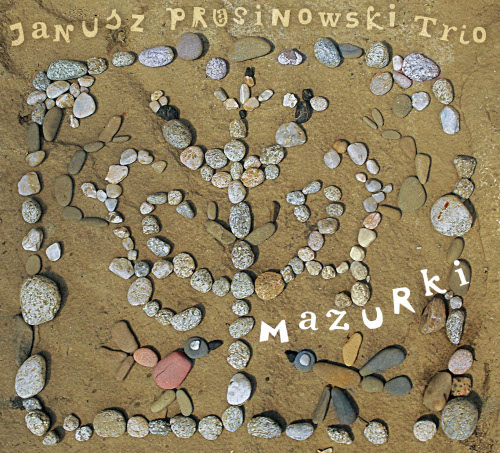 I’ve learned my first kujawiak from my father. After that it was blues and the electric guitar, and then in an Andrzej Bieńkowski film I heard the Józef Kędzierski band. It was a revelation: the authenticity, intensity and ease that I had been looking for throughout the world existed right here, beside me – in my own language and the musical phrases belonging to it. I started visiting village musicians and became fascinated with mazureks, getting to know a whole world around them. It turned out that almost every musician puts his fingers in different places, which means playing different sounds, in different scales. Of course there are lines and schools of musicians, but human life is long enough for a unique style to evolve, especially if someone plays at three weddings per week. When musicians from Tajikistan heard me play, they said: “Our fiddlers from the next village play just like you”. A griot from Mali recognised his own melody in one of Jan Lewandowski’s mazureks, sang it and spiced it up with a totally different rhythm. (…) Mazurek is a round, triple movement which can be sensed under the surface of this world’s phenomena. Its pulsation can include two or four beats as well as five or seven. Accents can shift – not because of an artist’s fancy, but resulting from the dancers’ steps; they may twist and turn, undermining the logic of the tune, putting it in a new, unexpected light. The human being breaks free of the corpuscular, metronomic experience of time and simply takes the plunge in life. It is no longer rubato, but an ancient tongue, common to all people… and birds. I remember a dawn in a forest near Rdzów, when I was awakened by singing birds, and a few moments later I was listening to Jan Ciarkowski and Piotr Gaca playing. “There is no fundamental difference,” I thought then, and I still think it’s true.
Janusz Prusinowski

Mazurki brings us the wonderfully wiggly cross-rhythms – a triple beat but with stresses that can cross it in fours, fives or sevens – of the village mazureks (mazurkas) from Mazovia, Poland’s flat central region, played, with great skill and tremendous lift, by fiddler and occasional cymbalist Janusz Prusinowski, with baraban drum, tambourine and droning 3-string bass from Piotr Piszcatowski, joined by Michal Zak’s wild shawm and flute. Suddenly the similarly wiggly, asymmetric three-beat polskas of Sweden, which are indeed descended from the mazurka, have a direct connection.
It’s a magnificent album. These guys play with high skill and all the fire and rhythmic energy of the village musicians they’ve learned from. Prusinowski describes his damascene moment. “In an Andrzej Bienkowski film I heard the Józef Kedzierski band. It was a revelation: the authenticity, intensity and ease that I had been looking for throughout the world existed right here, beside me, in my own language”.
A.Cronshaw, fRoots Magazine, 2009