“Play by Ear” Theatre was established by Kaja & Janusz Prusinowski in 2007 and supported by Piotr Piszczatowski and musicians of Janusz Prusinowski Kompania.  The theatre travels through Poland and Europe with concerts and interactive children plays. The most interesting are:

“Kołysała Mama Smoka” & “Kusy Janek” tare also the titles of CD’s with lullabies, songs and children games, also to be found in “Play by Ear” performances.

Where has Kusy Janek gone?
Whatever happened to the wonderful world of children’s games and songs?
How can we find the old songs, rhymes, outdoor and indoor games and dances?
One, two, three… Ready or not, here I come!

When I was little, we played outside in a million different ways. The games that we learned from older kids or that we invented ourselves were accompanied by various counting-out rhymes. I had no idea I was practicing “city folklore” back then. It was hard to imagine that this wealth of children’s games (so important for building relationships, learning empathy and acquiring many different skills) is soon going to almost disappear.
Today, few children have a chance to play freely, spontaneously, without adult supervision. Most don’t venture outside on their own, so they don’t have “friends from the backyard” and they can’t experience the real adventure of childhood. The natural flow continuing for generations has been stopped.

We bring back to life a character that used to be very well-known throughout Poland: Kusy Janek. He’s a trickster, always up to some mischief and the sky’s the limit for his creativity. We hope he will help us bring new energy to old-fashioned games, and give children the joy of making up new ones – with friends, rather than devices. We sincerely believe that the lost world of spontaneous children’s games is very close… Hot, hotter, burning hot!

Where has Kusy Janek gone, where’s his little hatchet?
Where’s the stick around his belt, the sack he used for walking?
He had a well behind the stove, scooped the water from it,
He went fishing with a rake, shot at birds with sand bits.

His astonished wardrobe jumped outside into the yard,
And his barn was so amused it chased a hare outside.
Across the graveyard ran the hare, and knocked down the belfry,
Kusy Janek had no choice – he bought a marble candle.

He had walls from spider’s web, and windows made of ice,
If he wasn’t fed by Mrs Mouse, he would have starved.
Little piggy chopped his carrots, sitting on his stove,
And big wolf who was a baker gave him lots of rolls!

The trickster figure of Kusy Janek must have been very popular in the past, as it appears in many sources from many different regions of Poland. His story is always accompanied by a host of humorous impossibilities and contradictions, and his character resembles other trickster figures well-known across Europe. His story sometimes ends sadly, as he dies of hunger in his weird house. We have decided to opt for a happy ending, as we really wish him well. But we’re still wondering what he needs his little hatchet for… 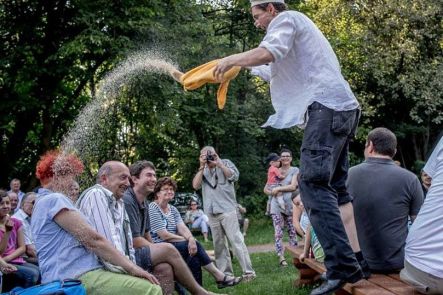 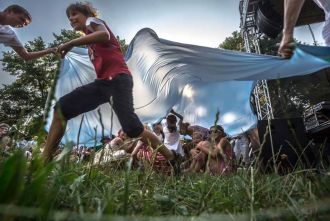 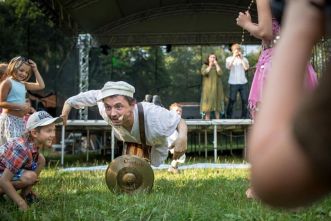 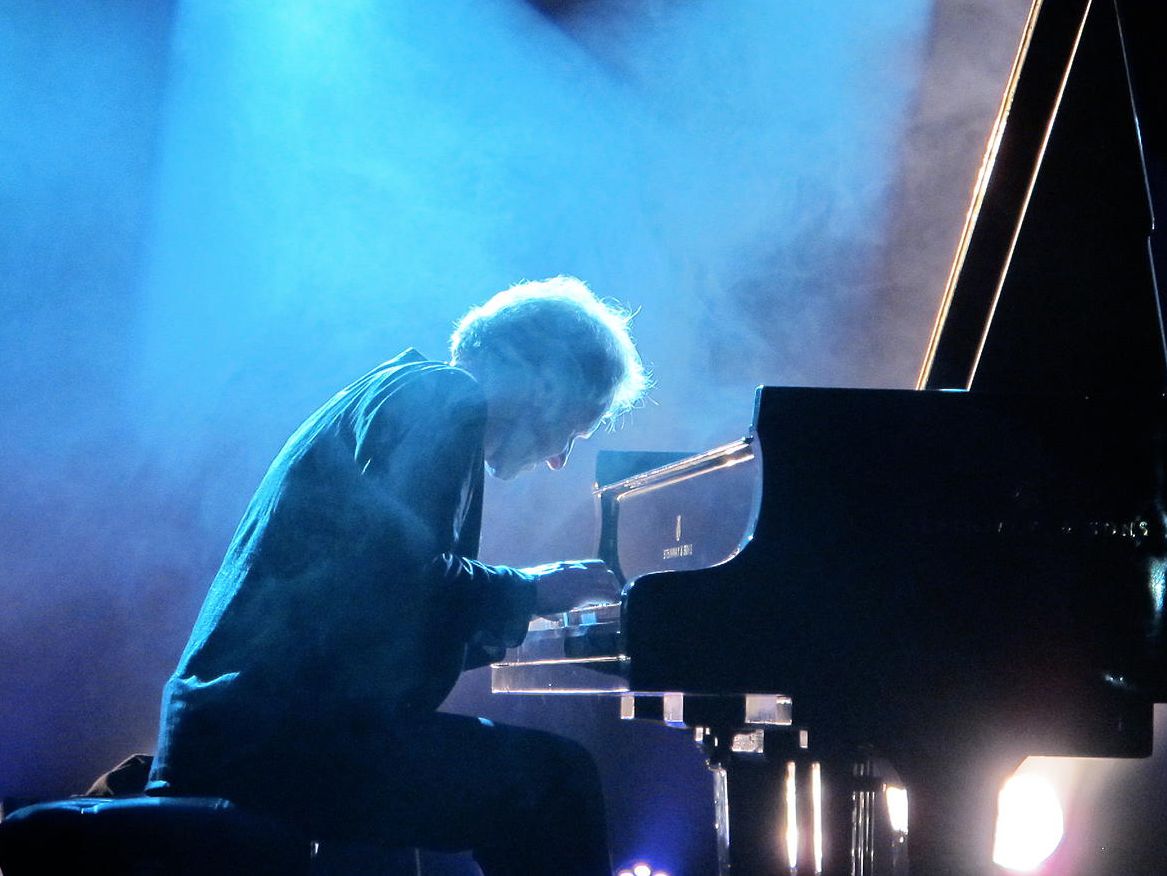 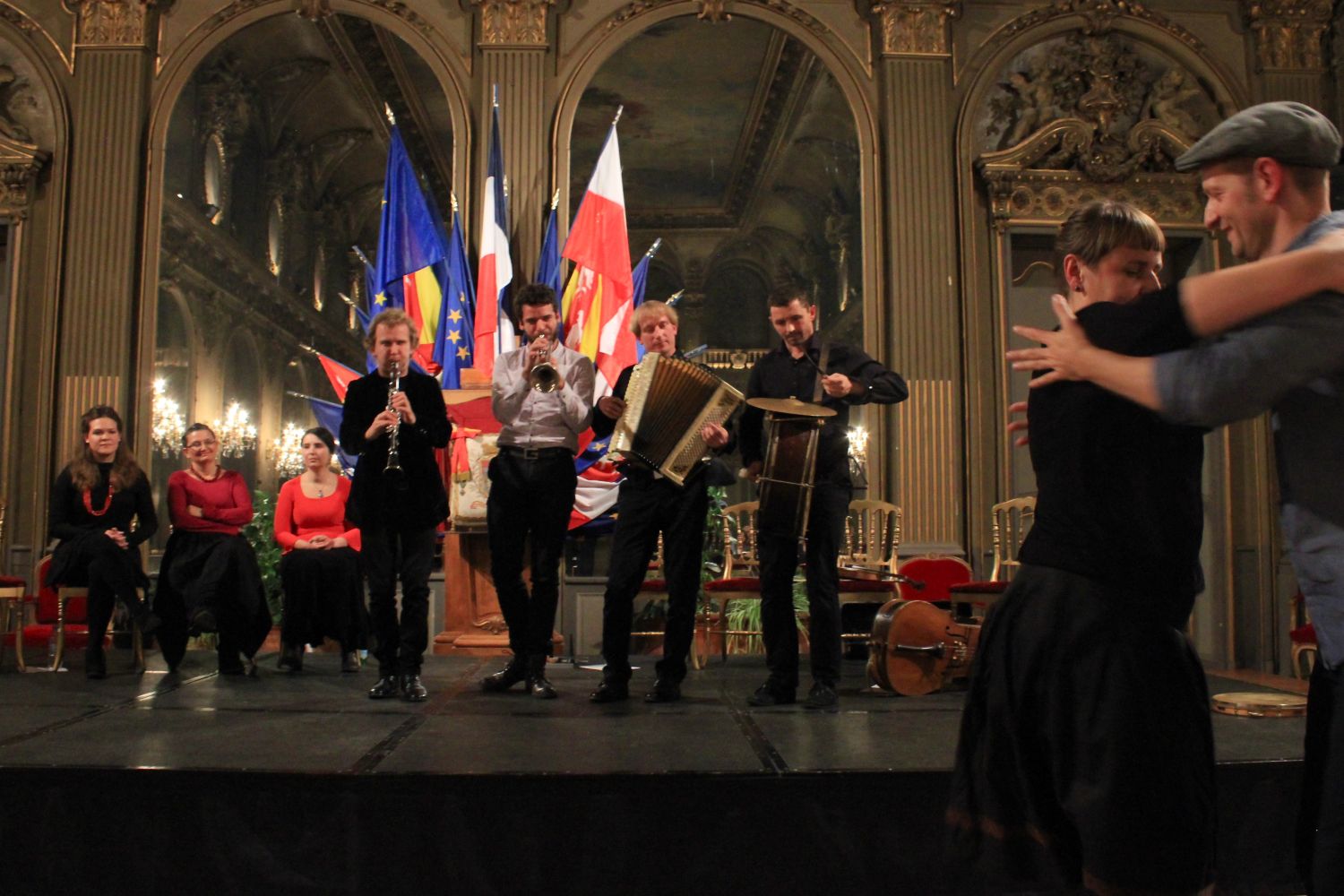 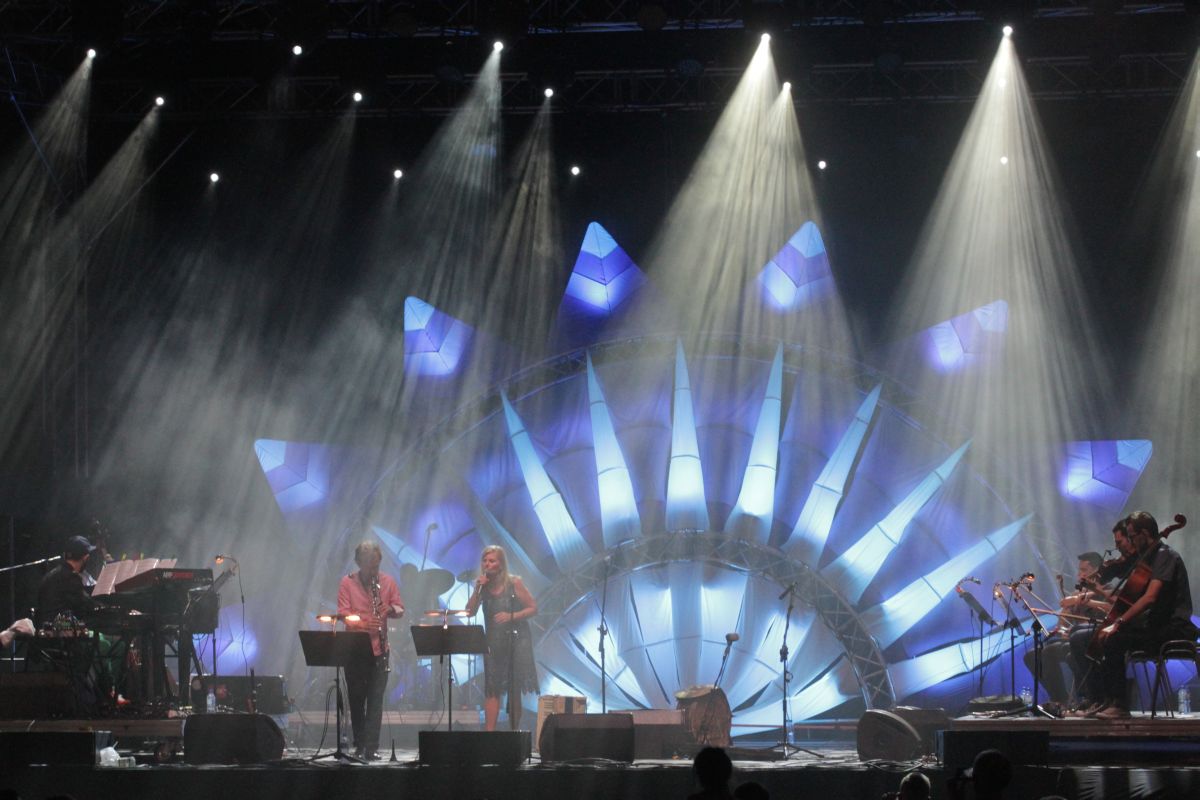 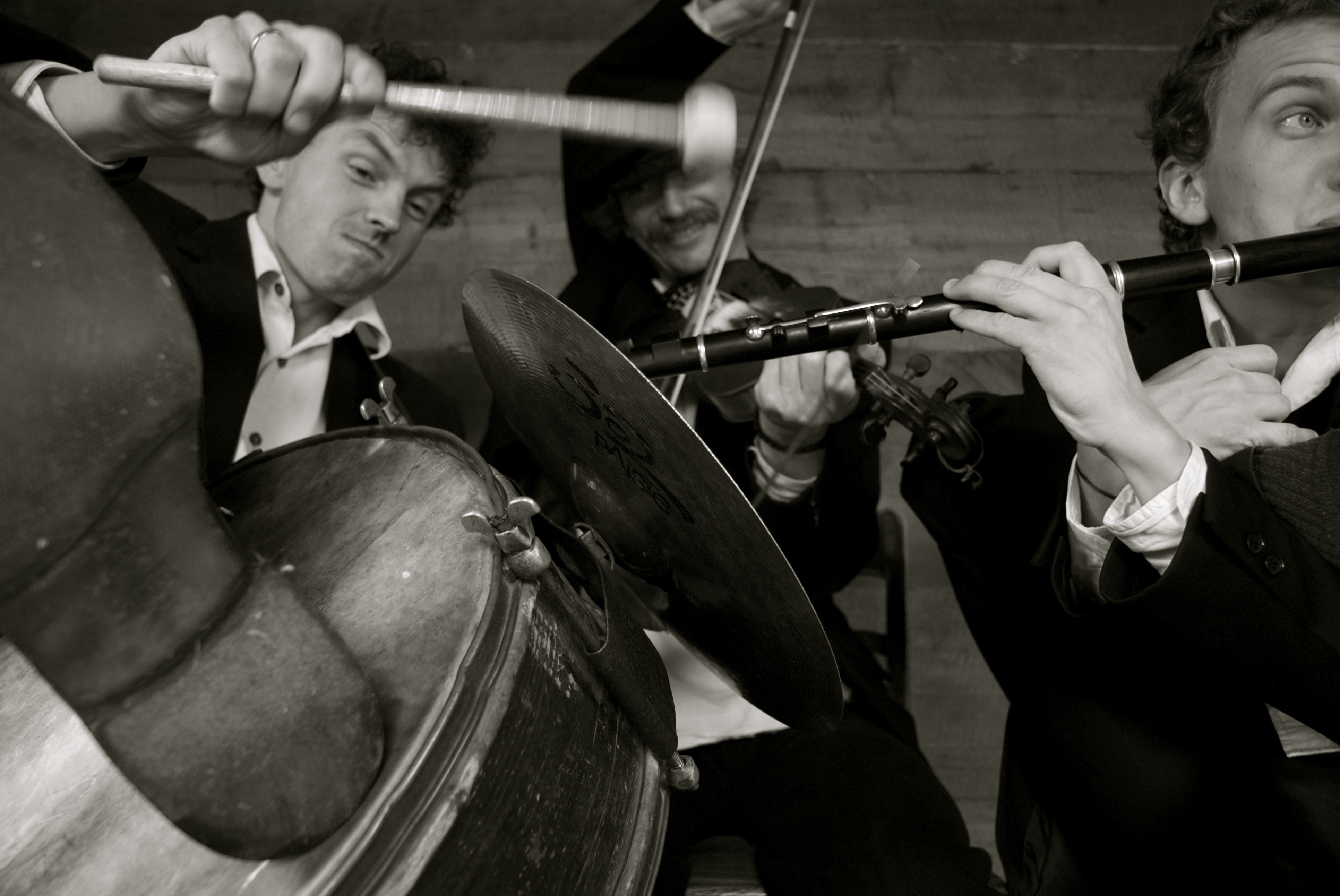 Wild Music from the Heart of Poland 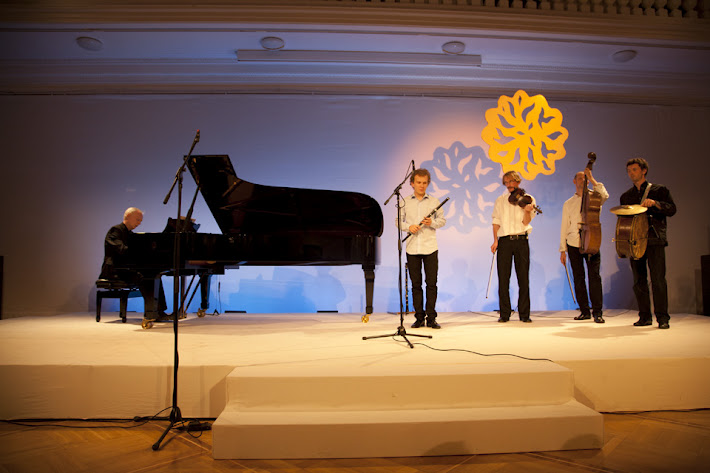 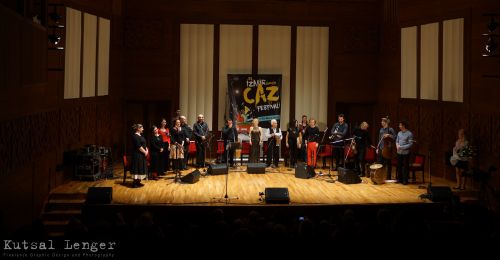 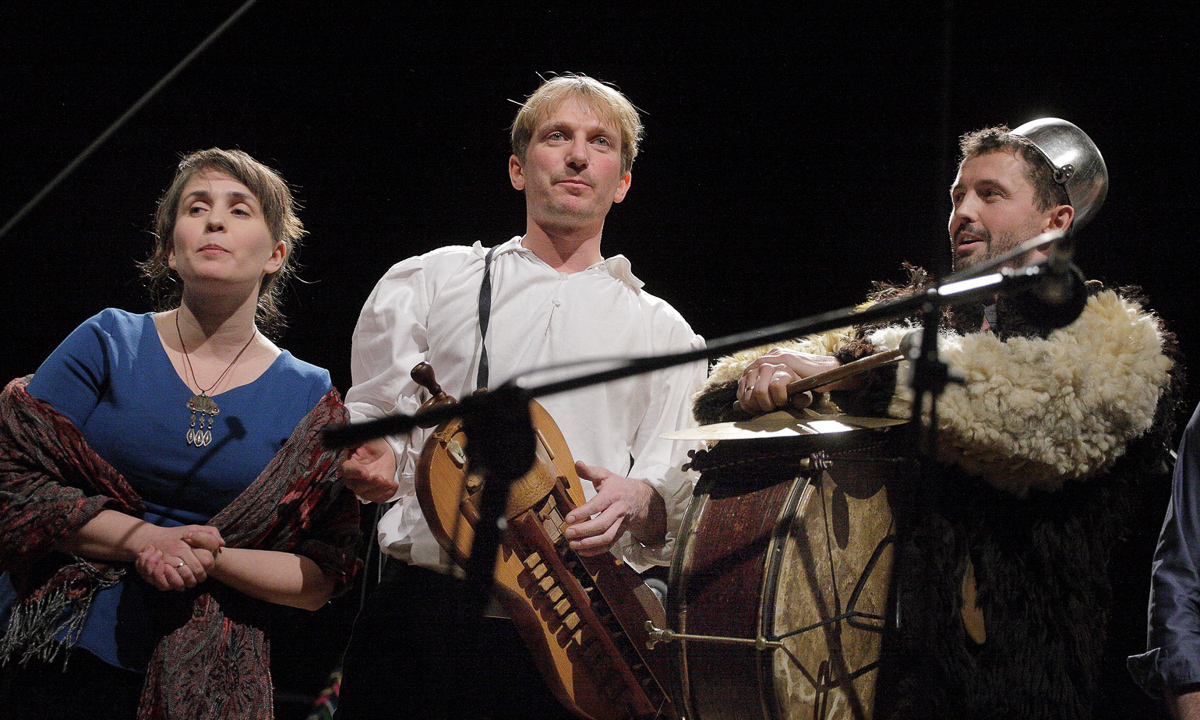 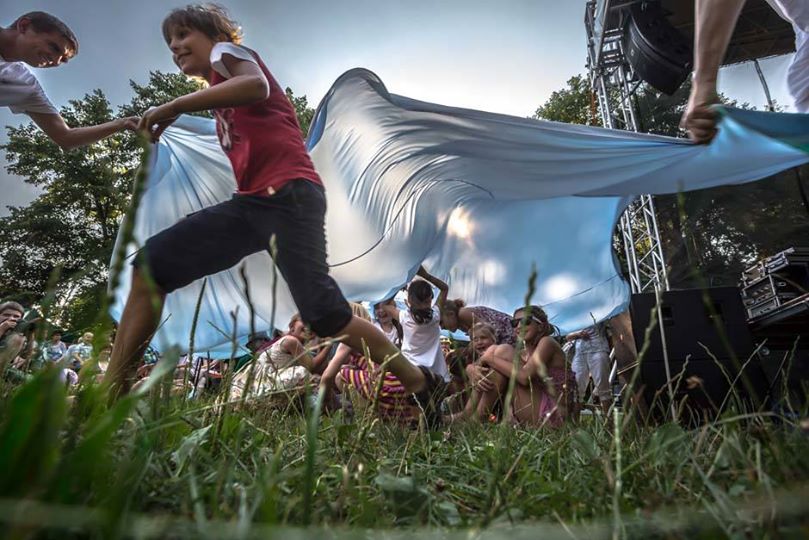 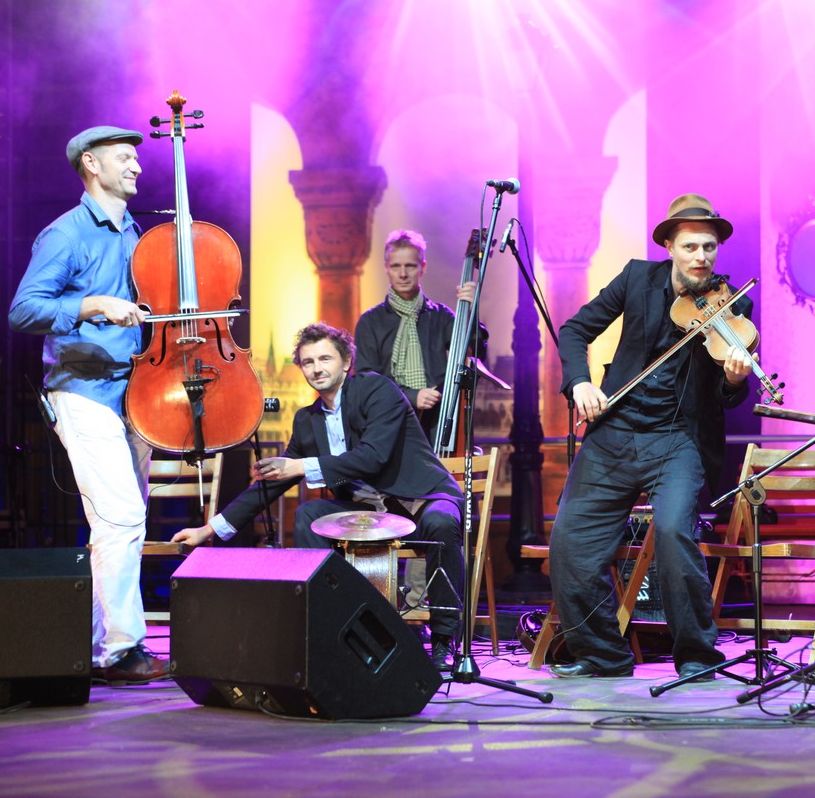 From Mozart to Kolberg or the country ball 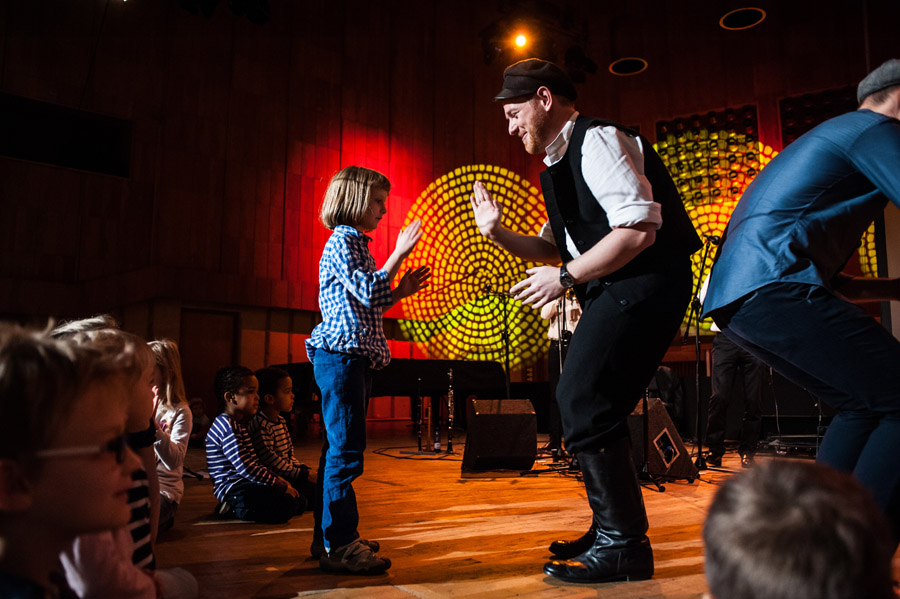 From berek to oberek